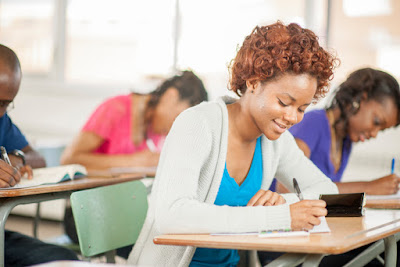 I usually give three to four tests during the semester, and I was puzzled why the first test always had the lowest average test score. After all, this should have been the “easier” material. After some reflection, I found that students were not accustomed to taking my tests.

Often, they were not aware of the format; I frequently use true/false questions that require a short argument. They were also not accustomed to the pace; like most college classes, in 14 weeks, we cover what most high school courses cover in 36 weeks.

To overcome this learning curve, I use an exercise I call “Test Tuesday” to encourage student success on tests in my classes. Every Tuesday when students arrive in class, I give them three or four questions from an old test and 10 minutes to complete so that they become familiar with the test format of my class in a low stakes environment. After the ten minutes are up, students share their work with a neighbor and I circulate to listen to these discussions. After about five minutes of paired discussion, we consider the questions as a class, focusing on the questions that caused the most difficulty.

The entire “Test Tuesday” process only takes about 20 minutes of class time. Even though the actual test questions are different than the “Test Tuesday” questions, I noticed that the average score on the first test increased by half a letter grade since enacting this exercise. Students speak highly of this activity on course evaluations as it gives them formative feedback in a supportive, low stakes environment. Moreover, recent research shows that a good way to retain information is to be tested on the material frequently. Not surprisingly, I have seen a small uptick in cumulative final exam grades since employing the “Test Tuesday” technique.

Posted by Mathematical Association of America at 7:31 AM No comments: