The Role of Failure and Struggle in the Mathematics Classroom 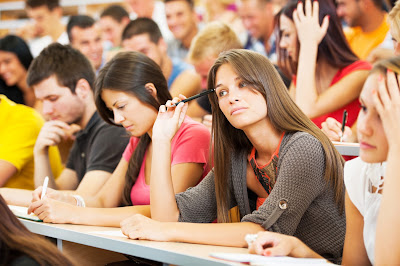 The purpose of this post is to generate discussion and to get us thinking deeply about our teaching practices. This post introduces teaching concepts that researchers and educators developed to promote student success.

In an attempt to understand who is successful and why, psychologist Angela Duckworth has spent years studying groups of people in a variety of challenging situations. Over and over again, one characteristic surfaced as a significant predictor of success: grit. According to Duckworth, grit is passion and perseverance for long-term goals. One of the big open questions in cognitive psychology is how to develop grit.

Growth Mindset
Research suggests that one of the key ingredients to fostering grit is adopting a growth mindset. Psychologist Carol Dweck defines growth mindset as the view that intelligence and abilities can be developed with effort. In contrast, a fixed mindset is the belief that one's talent, intelligence, and abilities are fixed traits with little room for improvement. Dweck has found that:


"People’s theories about their own intelligence had a significant impact on their motivation, effort, and approach to challenges. Those who believe their abilities are malleable are more likely to embrace challenges and persist despite failure."

The claim is that those with a fixed mindset will tend to avoid challenges, while those with a growth mindset will embrace challenges. Research has shown that effort has the potential to physically alter our brains, strengthening neural pathways and essentially making one smarter.

A growth mindset increases potential. Teachers who have a growth mindset about their students can help share this perspective and reap its benefits. Views like "some people just aren't good at mathematics," or "not everyone is cut out to be a math major" exhibit a fixed mindset and may severely limit the potential of our students.

Productive Failure
At the core of the growth mindset paradigm is the notion of productive failure. While mistakes and failure are part of the learning process, productive failures provide an opportunity to learn and grow. According to Manu Kapur, productive failure activates parts of the brain that trigger deeper learning. Unfortunately, failure and mistakes are stigmatized in our culture, especially in many mathematics classrooms.

One of the key ingredients to a successful active learning classroom is getting the students on board. One approach is to explain the concept of productive failure to our students and go out of our way to point out when we see it happen in class (this is a part of being more transparent in the classroom). Some teachers even make productive failure part of the course grade.

If we want students to feel comfortable taking risks, making mistakes, and failing, then we need to provide an environment where this type of behavior is encouraged. I'm not suggesting that we lower standards (or allow wrong or inadequate answers to be sufficient), but give space for tinkering and failure along the way. Our assessment and grading practices need to jive with our philosophy of productive failure. I think that it is important to build opportunities for failure into our everyday structure.

Productive Struggle
Due to the negative connotation of the word "failure,” I started referring to productive failure as productive struggle, thinking that these two phrases meant the same thing. However, over time, I have come to view these two concepts as related but not identical. Let's do a little experiment. Take a minute to look at the following list of word pairs, but do not write anything down. 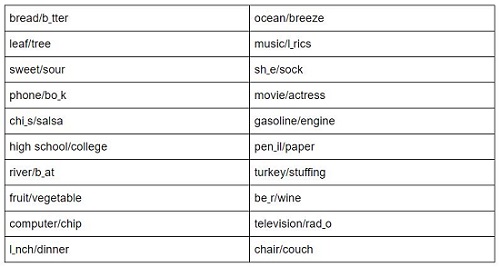 Now, without looking at the list of words, write down as many pairs as you can. You do not need to remember where any missing letters were nor which column a pair was in. Next, looking at the table below, count how many pairs you found in column A versus column B. 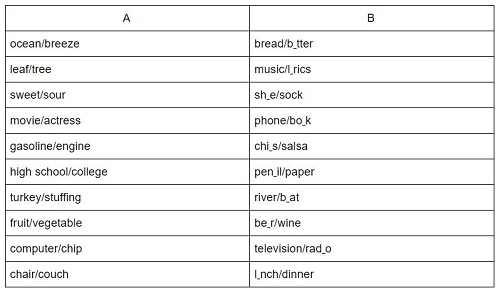 This list of words is from The Talent Code by Daniel Coyle (although I've rearranged the order a bit). According to Coyle, studies show that on average people remember three times as many pairs in column B, the one with missing letters. The claim is that a moment of struggle (cognitive demand) makes all the difference. I regularly utilize this exercise on the first day of class as part of my Setting the Stage activity, the purpose of which is to get students on board with an active learning approach. The point of the exercise is to have students experience in a simple, yet profound way, the value of productive struggle.

This exercise does an excellent job of distinguishing the difference between productive failure and productive struggle. The key to success here is the struggle, not failure. This exercise also helps pinpoint the "productive" part. Imagine we removed most of the letters from the words in column B. As more letters are removed, the less productive one will be in figuring out what the pairs are. It is important to keep this in mind when designing tasks for our students to engage in. There is a "Goldilocks zone" (related to the zone of proximal development), where struggle will be most productive. How much scaffolding we should provide our students will depend greatly on who our students are.

The Goldilocks Zone
The following images, taken from Patrick Rault, provide an analogy for productive struggle and productive failure.

All three images are meant to represent a challenge or task. In Figure A, all the obstacles have been removed; struggle is minimized, and failure is unlikely. There is no opportunity to develop grit, and we have provided too much scaffolding for our students. This is what happens when teachers demonstrate a certain type of problem and then ask students to do problems using the demonstrated method. Certainly a useful skill, but we want more.

In Figure B the rocks are slippery, and the path is not clear; the risk of failure is high, and most attempts to cross the river will involve a tremendous amount of struggle. Whether the failure and struggle are productive depends on how agile the person is crossing the river. For many, the risks may be too high. Perhaps only a few make it across. This is what happens when we only provide students with tasks that are mostly beyond their current reach.

Figure C is meant to represent the Goldilocks zone. The path across the river isn't trivial, but hopefully the risk of failure and amount of struggle isn't too great. As students become more proficient at crossing the river, the rocks in Figure C should be moved further apart, and potentially introduce a maze of rocks for students to navigate. Ultimately, we want students to have developed enough grit to strive for crossing the river in Figure B. It's possible that eventually the stepping stones in Figure B become the new Goldilocks zone.

Stan Yoshinobu says that the right question to ask is "how are my students intelligent," as opposed to "how intelligent are my students?" What the Goldilocks zone looks like for one group of students may be wildly different for another group of students. In fact, the ideal set of stepping stones is different for each student. This may make the task of providing this experience for our students sound too daunting, but we would be lying to ourselves if we thought the problem went away by not providing the opportunity. Being forced to confront these issues is a feature, not a bug.

Here are some questions to ponder. We welcome respectful dialogue in the comments section.


Posted by Mathematical Association of America at 12:51 PM